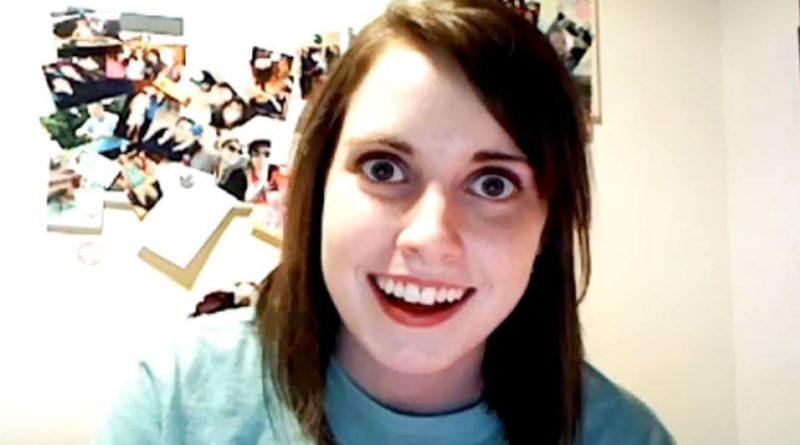 Recently, I came across a list of the types of men women should avoid dating. I’m sure the readers soaked that information up and added it to their red flag radar and psychopath detector with the sensitivity set to high.

So I started thinking about the types women men should avoid dating. If a girl is hot enough, I’m sure this list will go ignored, but you need be aware of these 12 types of women to sprint the opposite direction from on the dating front.

I know…I know, some of you might think you’re fixers.

Maybe it can be attributed to an ego so high you believe you will succeed where others have failed.

Maybe you’re so insecure that you think you can only work with what is broken.

Either way, avoid dating these types of women at all costs. You’re not going to fix them.

She has four separate leases with four different guys she has dated over the past year and she is constantly posting photos of her and her new bae just two days after breaking up with the last guy – he’s still picking his shit up off the curb she threw out of his own place.

Don’t be that guy. There’s a reason they all quickly learn why every other guy said: “oh, hell nah!”

Have you ever watched the movie “The Act”? A girl named Gypsy Rose is abused by her mother and manipulated into faking serious illnesses for financial gain. She ends up going 19 years mostly secluded from society under the guise of being handicapped. Pretty fucked up.

You can imagine her codependency.

She had absolutely never been romantically involved, so when interest does arise she is a socially inept mess of stage 5 clinginess and codependency whose understanding of relationships is based on Disney princesses.

If a girl goes Gypsy Rose on you – bail. Change your phone number, your address, your social security number, and probably fake your own death. Better yet, avoid them in the first place.

We’re talking the girl with Psoriasis of a personality – flaky as fuck. She is shady and always has a reason for why she can’t meet. She’ll cancel plans last minute and on the rare occasion you do meet (or even hookup), the relationship is always at a standstill. You’ll ask her out on a Monday and she’ll respond with “let me check my schedule” and still doesn’t have a solid answer by Friday morning.

Then suddenly Saturday rolls around and best-case scenario she says “looks like I’m free” because you’re her backup plan when the one she wanted to go out with flaked on her.

You know deep down you’re a secondary, if not tertiary or quaternary, option because something always seems off. If she wanted to see you, she would. Sometimes she’s into you and sometimes she’s not. She doesn’t really know what she wants aside from some attention and you’re worth more than wishy-washy behavior.

Be someone’s first choice, not their backup plan.

Whether she has a job or not, she is always looking for a handout. She never offers to pay for anything. She doesn’t just want to nibble on food from your plate Joey, she’ll borrow your credit card and expect it to be no big deal because “that’s what boyfriends are for”. She’s the girl that gives you brain and pauses long enough to ask if you will cosign a loan for her.

She isn’t a girlfriend. She’s a glorified prostitute.

And she’ll move on if you don’t keep moving up the career ladder to make more money…for her.

I’m all for being sex-positive and not slut-shaming women, but do you really want to be Eskimo bros with all your friends, their friends, half your Facebook friends, the guys you run into at the gym, and probably your actual brother. Poker night is going to be awkward when you bring up your sex life – they’ve all experienced it.

Do you really want to date the girl that’s sloppy seconds to everyone you know?

I feel like this should go without stating, and yet, I found myself learning a buddy of mine had fucked my wife. Listen, bro, wives/girlfriends are off-limits. There really isn’t much else to say about it.

If it feels like she’s doing everything in her power to lose a guy in 10 days, let her. This is the girl always playing games to make you feel jealous – like sitting on other dude’s laps.

In her mind, she thinks this technique will keep you working hard for her to not lose her and keep the relationship moving forward since obviously she is such high worth. She isn’t.

If it feels like she’s playing games, don’t play her games. If you want to play games with this girl, make it track and run.

The “Who Are You Texting” Girl?

This girl has severe trust issues.

Being open in a relationship is great! Not being able to play a single round of Candy Crush on the shitter without her demanding to see your phone each time is not so much!

You can’t even text your mother “I love you, mom!” while sitting next to this girl without her asking “who is Nancy?” to start an argument. You’ll spend hours reminding her she has met your mom multiple times and Nancy can’t wait to meet her at Christmas.

It might seem fun at first. She is great at beer pong, loves to hit the clubs, suggests threesomes on Spring Break and can drink a bottle of vodka at happy hour and still party the night away.

…until you realize you spend more time with her blackout drunk than sober. You’ll literally never enjoy yourself because you’ll spend your time together looking after her.

Expect her relationship status to be set on “It’s Complicated” more often than not. (Who even does that?)

The only thing worse than being off and on with a girl is having the dirty laundry of your relationship spilled out to her Facebook page.

Your first argument will be followed up with a vague status fishing for people to ask her what’s wrong.

She’ll post memes quoting “find a guy that worships you” after launching an ambush on your reputation to her social media. You think the second you leave the house to take a break from the argument things will calm down, but just wait until you check your notifications.

There’s going to be 500 comments from her closest friends on a post your tagged in baiting you to take your argument public. You don’t want that type of humilation in your life so don’t take the bait.

This girl is probably worse than “The Leach”. Not only do you have to financially support her because she can’t hold a job, but she doesn’t chip in at home either.

You’re out busting your ass at work and she gets up at noon to start a day binge-watching “Orange Is the New Black” until you get home. And when you do get home you’ll find a weeks worth of Starbucks cups and empty bowls all over the living room.

If you knock this one up, she’ll be the one that wakes up just long enough to drive the kids to school in her pajamas. She’ll immediately head back to bed after grabbing a venti iced coffee with your debit card and still complain she doesn’t have time to do some laundry and cook dinner.

She will want to know every single detail of where you’re going, where you’ve been, what you’re doing, why you’re doing it, why you should do it her way, and will probably install a GPS tracker on your Honda.

It isn’t even “trust issues”. She craves control.

You’ll have to report in to her like a manager, clock in and out of the house, and she will micromanage every aspect of your life.

One day she will light-heartedly joke when you’re out with friends that she wears the pants in the relationship. She’ll laugh. You’ll laugh.

And then you will die a little more inside.

But you probably won’t listen.

I realize our little pecker brains aren’t always rational. You might even have already dated a girl on this list or…*gasp*…a combination of them rolled into one. Your survival is heroic.

You also said you’d never drink again when on your last Sunday morning hangover after a particularly rough bender.

I see that Busche Light in your hand though.

Don’t tell us we didn’t warn you! Now, be a good bro and share with friends to pass this warning along. 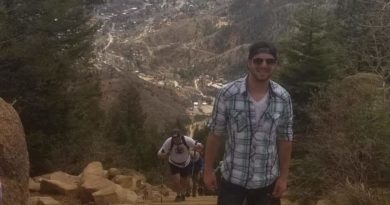 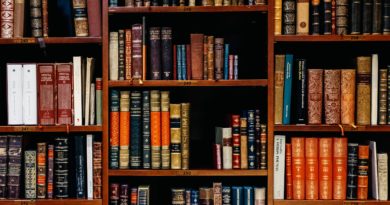 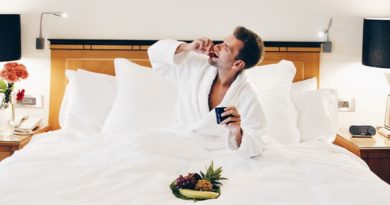 55 thoughts on “12 Types of Women You Should Never Date”