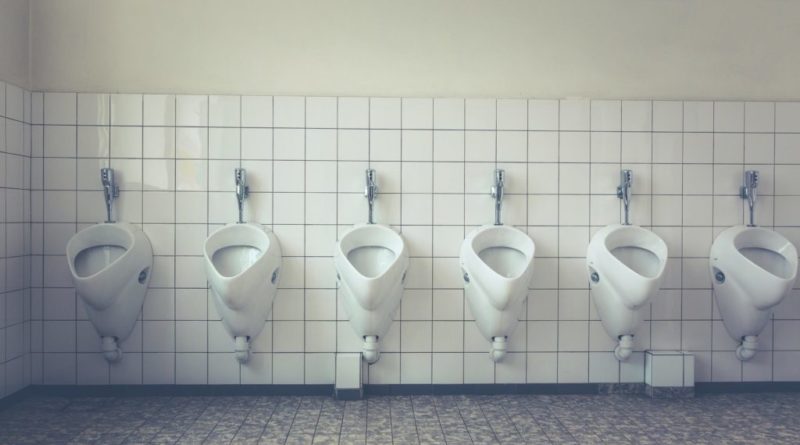 You can spot these piss receptacles lined up in public bathrooms awaiting men to break the seal. Be forewarned, although identical urinals may be lined up in a row merely inches apart, there are important rules of urinal etiquette for approaching them. These rules ensure the distance between guys relieving themselves is maximized.

Let’s break this infographic down.

Entering a restroom without another human in sight is a relief, punctuated only if you also have to poop. Bro code does require all guys to ignore any sounds that reverberate from a stall; however, realizing you can annihilate a toilet bowl without any judging ears is a great feeling.

But don’t let the quiet comfort of an empty restroom fool you. If you find yourself in the midst of an empty row of urinals, you may be only moments away from sharing the space with other bros. With this in mind, it is important to consider which urinal you choose to ensure that you provide the opportunity for the next guy to pee without breaking the urinal code of conduct.

As the number of individuals increases compared to the number of urinals available, the situation becomes increasingly complex for choosing the correct plumbing fixture to unzip in front of. Keep in mind, you can always head for a toilet stall in the event there are no reasonable urinals to use without breaking the etiquette. In the event the stalls are occupied, it is also entirely acceptable to hang out by the sink checking for food in your teeth while waiting for a urinal to open.

IMPORTANT NOTE: In cases where bathroom lines are extremely crowded, etiquette rules on choosing a urinal are void for the sake of efficiency. Don’t be the guy that avoids using an empty urinal when there are 10 guys waiting in line behind you to piss.

So, what urinal do you choose in tricky situations where urinals are already occupied?

Don’t be fooled into believing you have free reign of choice when entering an empty bathroom. We still need to consider bros that will enter after us and how our choice affects theirs. Urinal 1 and 6 ensure subsequent guys that enter can still retain urinal etiquette.

Like a true gentleman, 1 has chosen the furthest most urinal. Ideally, you shoot for urinal 6 to maximize distance, but technically 5 still allows someone to use urinal 3 without breaking the code.

I don’t know how the situation got to this point, but it isn’t ideal for anyone after you. Your choice is simple though, as 6 is the only urinal that allows for a one urinal gap between other restroom patrons.

The simple split can quickly turn into “The Pattern” as guys attempt to keep the one urinal gap etiquette. Your choices are slim and I’d recommend fidgeting at the sink or hitting the stall, but turning your body slightly further away from number 2 can work in an emergency situation.

The Come On Man

I don’t know what the hell number 2 is thinking, but if 5 and 6 are all coupled up, he needs to be the left at number 1 to keep the number 3 stall available. Unfortunately, you’re left muttering “come on man” and since numbers 5 and 6 are already grouped up, we’ll gap ourselves from number 2 and turn our back further two number 5 as he is already being forced twice as much to keep eyes forward.

Note: Obviously, people take different lengths of time to pee, different people are the first to a row of urinals. There isn’t enough information to determine who the asshole that broke etiquette was.

Lock these in your brain, because you can find these images over at Drink Nation on the urinal test. If you’re feeling confident you’ve absorbed this information, you might as well see how you’ll do in the field.

Are you a child or ridiculously short? If not, please refrain from using them and assume they do not exist.

You aren’t 5 years old anymore, buddy. You only need to part your fly enough to flip your penis over the waistband of your briefs. If you’re one of those guys that want to twist your dick through the little maze of cotton Hanes sewed into your underwear, go for it. Just don’t be one of those guys that drops their pants down to their ankles.

Oh, and I don’t know who started the method of resting one foot on the urinal and dropping their penis to one of side of croth, but pissing out of the bottom of your shorts is dumb. Innovative…but dumb.

Our objective is to minimize the amount of piss and pubes that end up on the floor. Resting your New Balance on the urinal lip where the urine and hair from guys that haven’t learned to manscape inadvertently falls is only going to result in some nasty footprints.

When you’ve completed, you get three solid shakes before you zip up your pants. When a pop-punk song that probably resonated with us most when we only felt like showering a couple of times a week thought this was the hygiene rule to randomly include, we should take note.

Shake it once that’s fine. Shake it twice that’s okay. Shake it three times and you’re playing with yourself – again.

Please remember to completely zip up your pants and fasten your belt prior to turning your back to the urinal and proceeding to the sinks.

I don’t care if you just walk over and rinse your hands off and shake ’em dry. Just don’t be the guy that completely walks past the sinks as though you didn’t just touch your sweaty balls – you should do something about.

And lastly, for hygiene, leave nothing at the urinal except for a flush. Toilet paper, cigarette butts, gum, and a random beer can somehow always end up left behind. It isn’t cool, bro.

Like most rules, there are exceptions to urinal etiquette.

Under extreme conditions, including emergency situations where the alternative is pissing yourself, some urinal codes of conduct can be broken. In such cases, the rules for keeping your head forward and remaining silent are intensified.

The no-talking rule can only be broken if the individuals having the conversation all have their backs to the urinal and are in the process of washing their hands.

Only a very limited number of topics are allowed:

Note: Ambushing someone with corporate black mail is also allowed, but only if you’re following the script of a movie.

Remember, not everyone has been blessed with this knowledge, so perhaps one of the most important rules is how to react when others do not follow urinal usage manners.

Etiquette for situations in which urinal etiquette has been broken requires no one to acknowledge it!

For instance, if someone initiates a conversation with you after choosing a urinal immediately next to you a la “Along Came Polly”, do not compound the awkwardness by completely ignoring them. Keep your responses short, but don’t be a douche bag. I mean, we’re guys after all.

You’re fucked. Say nothing, look straight, and walk away like you weren’t just pissing into a trough practically shoulder to shoulder.

At the end of the day, you live and let live, but nothing wrong with spreading the word for the betterment of the male population, though. 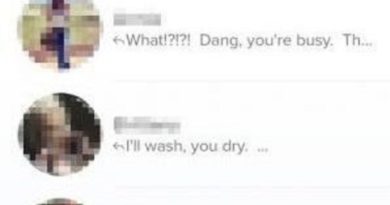 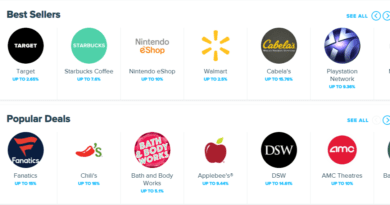 If You Want To Change The Outcome, Change the Variables